(VIA CNN) — On the surface of one of Saturn’s icy moons, scientists have discovered the possible existence of a very important, life-sustaining element: liquid water.

NASA scientists announced Monday the identification of 101 distinct geysers erupting on Saturn’s moon Enceladus. Their analysis suggests that water, a crucial component for life beyond our planet, can reach the Saturnian moon’s surface. 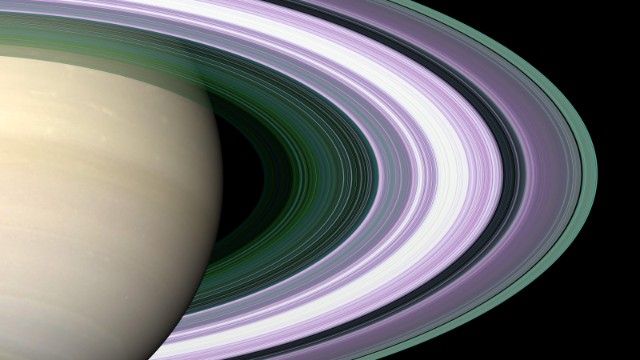 After seven years of collecting mission data from NASA’s Cassini spacecraft, scientists found the geysers to be powered by small hot spots — the result of water vapor condensing and venting from subsurface seawater; thus, answering questions about the geysers’ origins.

Researchers had previously thought the geysers’ ice particles and water vapor came from either frictional heat or from water vapor below the surface.

“Once we had these results in hand, we knew right away heat was not causing the geysers, but vice versa,” said NASA adviser Carolyn Porco, who led the Cassini imaging team. “It also told us the geysers are not a near-surface phenomenon, but have much deeper roots.”