TEN-TIME GRAMMY WINNER BOB DYLAN TO BE HONORED AS THE GRAMMY 2015 MUSICARES PERSON OF THE YEAR AT THE 25TH ANNIVERSARY TRIBUTE IS CELEBRATED BY A UNIQUE PORTRAIT CREATED BY ARTIST ZHENYA GERSHMAN ON A CABALLERO GUITAR. 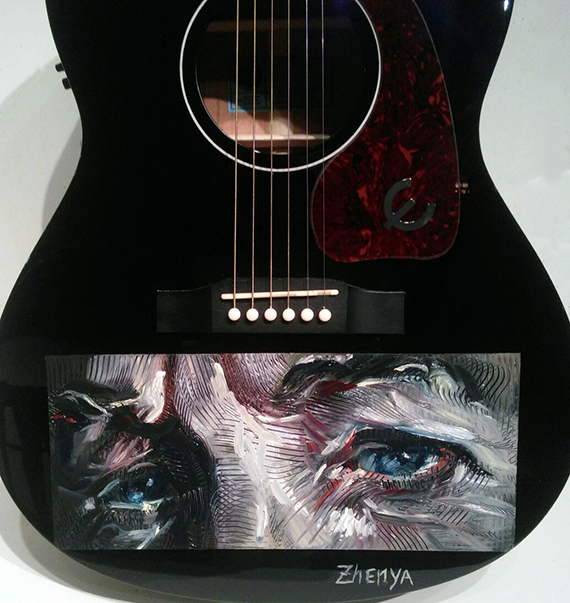 Figurative artist Zhenya Gershman known for her expressive paintings, was invited to create a special portrait of Bob Dylan, the GRAMMY 2015 MusiCares Person of the Year. This priceless portrait is painted on a Caballero signature guitar that helped revive the folk revolution of the 60’s and will be signed by Bob Dylan and all Performing Artists at The GRAMMY 2015 Gala Tribute Concert (including GRAMMY winners Beck; the Black Keys; Crosby, Stills & Nash; Norah Jones; Tom Jones; Los Lobos; Taj Mahal; John Mellencamp; Alanis Morissette; Willie Nelson; Aaron Neville; Bonnie Raitt; Bruce Springsteen; Susan Tedeschi; Derek Trucks; Eddie Vedder; Jack White; Jackson Browne; John Doe, and Neil Young.) This historic artwork will be auctioned on February 6th during the GRAMMY Gala benefiting The MusiCares Foundation® which ensures that music people have a place to turn in times of financial, medical, and personal need.

“In celebrating the 25th anniversary of our MusiCares Person of the Year tribute, it is most fitting that we are honoring Bob Dylan, whose body of creative work has contributed to America’s culture, as well as that of the entire world, in genuinely deep and lasting ways,”said Neil Portnow, President/CEO of the MusiCares Foundation and The Recording Academy.

The MusiCares Person of the Year tribute ceremony is one of the most prestigious events held during GRAMMY Week. The celebration culminates with the 57th Annual GRAMMY Awards at STAPLES Center on Sunday, Feb. 8, 2015.

Bob Dylan’s Portrait Guitar is created as part of Gershman’s “Larger Than Life” series depicting contemporary icons to be unveiled at a Red Carpet opening on February 12th at the prestigious Building Bridges Art Exchange Gallery located in the Bergamot Station Arts Center in Santa Monica. 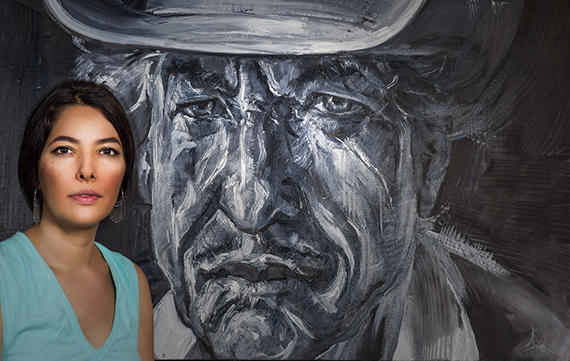 Attendees at the The MusiCares Person of the Year tribute will include Neil Portnow, President/CEO of MusiCares and The Recording Academy; Bill Silva, MusiCares Foundation Board Chair; and Scott Pascucci, MusiCares Board Chair Emeritus. In addition, a host of celebrities, along with prominent music industry and entertainment executives, are scheduled to attend. Three-time GRAMMY-winning producer and recent Emmy winner Don Was will be the evening’s musical director.

The MusiCares Foundation offers programs and services to members of the music community, including emergency financial assistance for basic living expenses such as rent, utilities and car payments; medical expenses including doctor, dentist and hospital bills; psychotherapy; and…