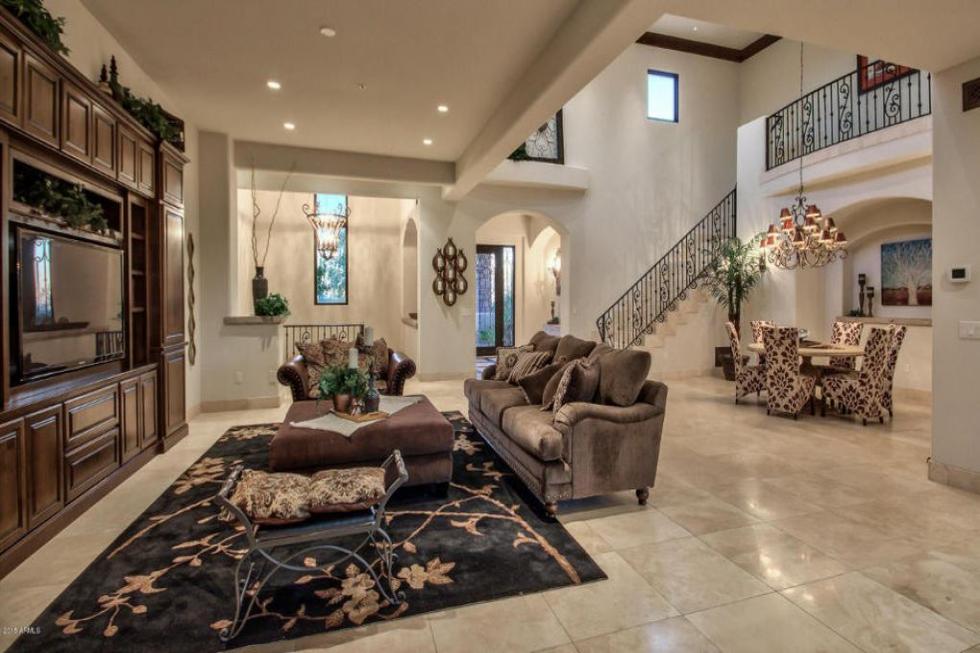 Another member of the Palin family is leaving Arizona. First, Bristol Palin sold her Maricopa, Arizona house in the rural outskirts of Scottsdale in 2012 and now her mother, former governor of Alaska Sarah Palin, has recently put her Maricopa house up for sale. Many rumors circulated about Sarah’s purchase of the house in 2011 through a limited-liability company as to why she would be buying in Arizona. Some thought she might use it as a base to launch a 2012 presidential campaign while others speculated she might run for Jon Kyle’s senate seat when he retired in 2013. There was also the possibility that 79-year-old John McCain might retire from the senate and open a seat for Sarah, but he has decided to run again in November for his sixth term.

Built in 2001, the brown stucco house, measuring 7,971 square feet, is sited on 4.4 walled and gated acres with desert landscaping and areas of faux grass lawn. The outdoor area is styled like a resort with pool, spa, putting green, sports court, outdoor kitchen and parking for six cars. The interior has six bedrooms, two of which are masters, seven baths, media room, wine cellar, gourmet kitchen and multiple fireplaces.