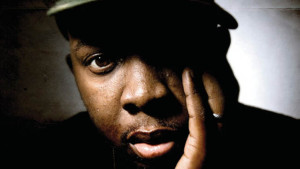 “Can I Kick It…Yes you can!” The words resonate from the heavens this week as fans mourn the death of Tribe Called Quest member Malik Taylor, aka Phife Dawg who died on Tuesday due to complications from diabetes. he was 45.

In a statement released late on Wednesday night, the band called the rapper’s contribution to music “seismic and hard to measure”.

Tributes have been far and wide for the “funky five footer”. Rapper Kendrick Lamar held an impromptu vigil for Phife Dawg on stage in Sydney, encouraging 18,000 fans to chant Phife’s name for more than a minute.

Members of the hit broadway play “Hamilton” also did impromptu tributes this week: 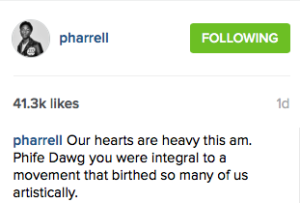 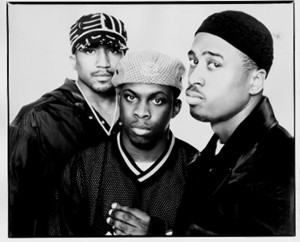 “Our hearts are heavy. We are devastated,” said A Tribe Called Quest in its statement.

“This is something we weren’t prepared for although we all know that life is fleeting. It was no secret about his health and his fight. But the fight for his joy and happiness gave him everything he needed. The fight to keep his family happy, his soul happy and those around him happy, gave him complete and unadulterated joy… until he heeded his father’s call.”

Phife has suffered from type 2 diabetes for several years, requiring a kidney transplant in 2008.

His health problems and self-proclaimed sugar addiction emerged as a point of tension in a 2011 documentary about A Tribe Called Quest’s reunion tour.

But he was remembered for his frenetic, socially-conscious rhymes; as well as his witty repartee with A Tribe Called Quest co-star Q-Tip.

Taylor, who earned respect for his skillful and thoughtful rhymes, was part of a number of rap classics with Tribe, including “Scenario,” ”Bonita Applebum,” ”Can I Kick It?” and “I Left My Wallet in El Segundo,” among others.

“I like ’em brown, yellow, Puerto Rican or Haitian, name is Phife Dawg from the Zulu Nation,” he famously rapped on “Electric Relaxation.”

Taylor grew up in Queens, New York, with fellow Tribe member Q-Tip. In high school, the two met Ali Shaheed Muhammad, who is from Brooklyn, to form Tribe. Jarobi White later joined the group. The collective — known for its artistic songs and lyrics — recently celebrated the 25th anniversary of their debut album, “People’s Instinctive Travels and the Paths of Rhythm.”

They were pioneers of rap, blending genres like jazz into hip-hop and offering rap fans a different sound and style than the gangsta rap that dominated airwaves at the time.

According to music legend Nyle Rogers, the group was in the process of recording a new album. Phife will sorely be missed.