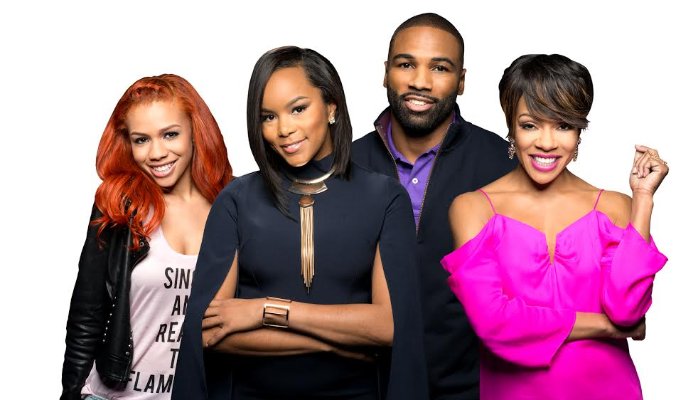 The sitcom “Here We Go Again”, airing Tuesday Nights on TVOne, takes a look at what one character calls “The Family curse” with laughs.

16 year old Shante (Kyndall Ferguson), the youngest in three generations of women for whom the number 16 has special significance. It turns out that Her mother, Maddy (LeToya Luckett–Single Ladies), had her when she was 16, and Maddy’s mother, Loretta (Wendy Raquel Robinson –The Game), also was 16 when she had Maddy. SO Maddy is overprotective when in comes to Shante.

In the opening episode, however, Shante’s father, also Maddie’s ex, rekindle the flames on the night of Shante’s 16th birthday party, and well, the curse has a mother curve to it: Maddie is now pregnant. This all sends the family in a trials, drama, and laughs on this unexpected journey. And That was just the beginning!

From feisty glam-ma to a mother experiencing a quarter-life crisis to a precocious teenager, the Walker women of Here We Go Again are sure to both pull at heartstrings and deliver big laughs,” said D’Angela Proctor, SVP Original Programming and Production. “Audience members across generations will find their experiences humorous, poignant and reflective of the village it takes to keep today’s modern family strong.”