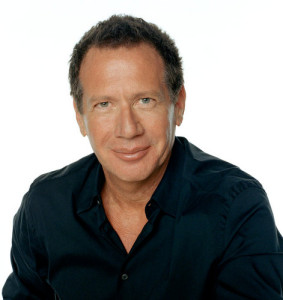 Modern TV pioneer Gary Shandling passed away today. He was 66.
Shandling was a genius in creating shows that parodied standard talk shows and sit coms. His shows “The Larry Sanders Show” and “The Gary Shandling Show” were among the first to show how absurd these show formats could be by using his reflexive and sometimes dry humor.

Los Angeles Police Department Officer Rosario Herrera confirmed his death Thursday afternoon. The cause of death was not given.
Paramedics responded to a medical emergency and took Shandling to a hospital, where he died, according to Officer Aaeron Jefferson.

In 1985, he and former “Saturday Night Live” writer Alan Zweibel launched “It’s Garry Shandling’s Show,” a sitcom on the Showtime network. On it, Shandling played Garry Shandling, a comedian living in Sherman Oaks, California, much like the real-life Shandling.
At a time when sitcoms were fairly straightforward three-camera affairs about families and workplaces, “Shandling’s Show” made no bones about being a fictional construct. The theme song talked about being a theme song (“This is the theme to Garry’s show, the opening theme to Garry’s show, this is the music that you hear as you watch the credits”)
On “The Larry Sanders Show,” in which Shandling played the titular host. It is hailed as one of the great comedies in TV history. The show, that aired on HBO, was a parody of late night talk shows that premiered during the late night wars between Jay Leno and David Letterman. It showed the insanity of characters behind the scenes of a late night show and how some of it can spill over onstage.  It satirized sycophantic sidekicks in Jeffrey Tambor’s “Hey Now” Hank Kingsley, overbearing producers in Rip Torn’s Artie, not to mention backbiting writers and two-faced celebrity guests.
In recent years, Shandling had appeared in a variety of movies, including “Iron Man 2” and “Captain America: The Winter Soldier” as a U.S. senator.