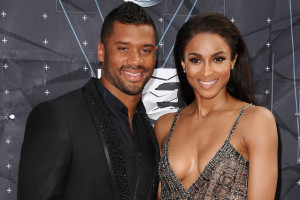 “She said Yes!!!!” the Seahawks quarterback said in the Instagram video announcement. “Yeah! Making this thing happen. My baby.” Ciara is heard saying, “Yea, I’m so excited. God is so good.” She also shared a pic of Wilson down on bended knee on a beach.

The couple recently announced their engagement after dating for about a year. They drew jokes and scoff after boldly declaring celibacy until they were married.

Ciara has a young son with rapper and former flame Future. This is the first marriage for Ciara and second for Wilson.