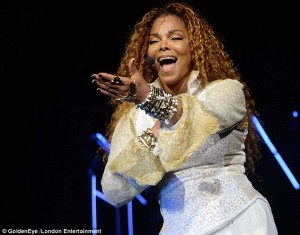 Janet Jackson posted on twitter on Wednesday that she is delaying the second leg of her “Unbreakable” tour. The Tour was set to start in Las Vegas on May 15.

In a video message posted on Twitter, Jackson said: “There has been a sudden change …. My husband and I are planning our family, so I am going to have to delay the tour.

“Please if you can try and understand it is important that I do this now. I have to rest up, doctors orders. But I have not forgotten about you. I will continue the tour as soon as I can.”

She went on to thank her dancers, band and crew as well as LiveNation for their support.

She left no indication as to when the tour would resume. Several of the venues where Janet was supposed to play tell us they haven’t gotten official word the tour’s been called off yet … and general consensus is it will go on at a later date.

Ticketmaster sent an email to ticket holders saying, until they get word about a cancellation they’re treating it as postponed and rescheduled … so no refunds.