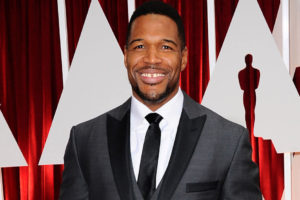 Michael Strahan is leaving “Live With Kelly And Michael” and joining ABC’s “Good Morning America” as a full time host. Strahan has been a part-time presence on “GMA,” appearing a couple of days each week, but now he’ll be on the morning show five days a week. The change will take effect in September.

Strahan will be an addition to the current hosts and is not a replacement. The moves is to help shore up GMA who’s ratings have slipped this season. GMA is the number 1 rated morning show, but has lost an average viewership of 10% in viewership and 18% in the coveted age 25-54 demographic.

Strahan succeeded Regis Philbin on the talk show after a lengthy period of on-air try-outs. He has co-hosted with Kelly Ripa since 2012.

ABC is going to hold try-outs again this time: In a press release, the network said “‘Live’ will kick off the search for a new co-host when the new season begins in the fall.”