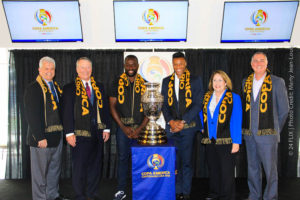 Something big is coming to Central Florida. COPA America, is coming to Orlando. It is the oldest international continental football competition, and one of the most prestigious and most widely viewed sporting events in the world. The tournament features 32 matches between 16 teams from North America, South America and the Caribbean and will played throughout the U.S. June 3-26. It is being held in the U.S. for the first time in honor of the event’s 100th anniversary. 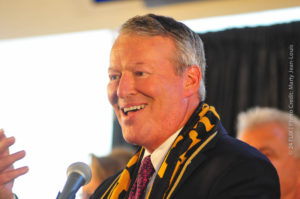 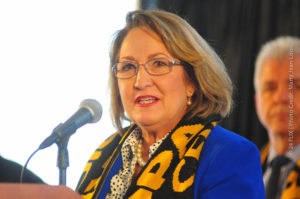 Orlando Mayor Buddy Dyer and Orange County Mayor Teresa Jacobs were all smiles as they described the impact that this huge soccer tournament will have on the area. The fact that the Central Florida Sports Commission and Orlando Venues partnered to bring COPA America here has helped secure Orlando’s reputation as the “Soccer Capitol of the South”. COPA America tournament is a premier international featuring world-cals talent. Area leaders estimate the tournament will generate $30 million in economic impact and 400,000 room nights. Orlando is the only city in the Southeast to host COPA, with Houston and Philadelphia being the closest cities. This is the biggest sporting event to hit Orlando since the 1994 World Cup matches. 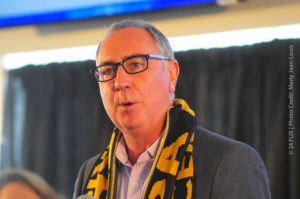 Orlando City star Kaka is expected to play for the Brazilian National team, as well as midfielder Cristian Higuita, who plays for Colombia. “I’m crossing one set of fingers and uncrossing another set,” Orlando City president Phil Rawlins said. “One set are crossed for [Kaká] personally because it would be a great way to cap his career as an international player, but at the same time we don’t want him injured or hurt. If he plays a few less games, that’s OK with me, too.” 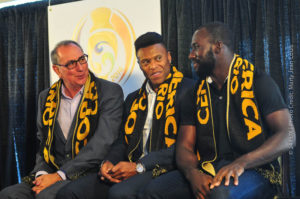