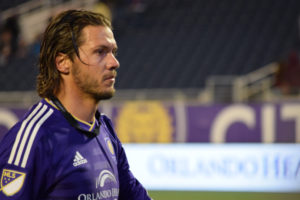 Orlando City SC and Mid-fielder Adrian Winter have mutually agreed on his exit from the team effective July 5th. Winter requested to be released from his contract for family reasons. This is a stunning blow to the team who has been struggling. Winter was a fan favorite.

“This has been a great opportunity for me. I’ve been able to be part of a caring organization and very enthusiastic fans,” Winter said. “I will always cherish my time in Orlando and will miss this Club, but I l have to put family first. The Club has been very good in working with me on my request.”

The Team lost as recently as last night by 4-0 to Dallas FC. The game was never close. 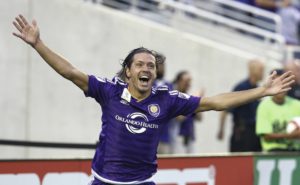 Fans loved Winter’s intensity and knack for being in the right place at the right time for Kaka and forward Cyle Larin, as well as scoring timely goals when the team needed them. Most recently, Winter scored a go-ahead goal in the 83rd minute against Toronto FC on June 25.

Winter has been with the squad since June of 2015.

We want to thank Adrian for his contributions to the Club. The decision to release him is a very difficult one but there is very little you can do when a player needs to be closer to his family and that family is in Switzerland,” Lions Head Coach Adrian Heath said. “Adrian is a very popular character within the club and will be sorely missed. We would like to wish him nothing but the best in his future endeavors.”