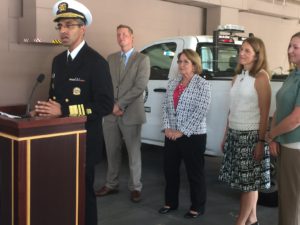 Members of the Obama administration visited Orlando to tour and talk about the battle against the Zika virus. U.S. Surgeon General Dr. Vivek Murthy and Human Services Secretary Sylvia Burwell joined Orange County Mayor Teresa Jacobs to highlight the strategies being used to battle the virus. The Orange County Mosquito Control center was the host of the conference as the administrators stressed the danger of the virus and precautions that the community needs to make to stop it.

The Zika virus is carried by two species of mosquitos: Aedes aedypti and Ae. albopticus.  These mosquitos generally stay/fly wishing a 150 yard area and are best combatted through targeted spraying and the disruption of their breeding habitat, which is standing water in non-natural areas such as bird baths, tires, and flower pots. The mosquito can breed in as little as a cap full of water. They do not breed in open bodies of water or wetlands like other species. 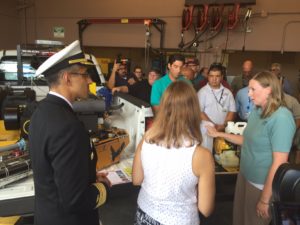 The Orange County Mosquito control staff goes out into the county to not only spray, but to advise home owners about existing standing water on their property. They have conducted over 1,100 tests on mosquitos in the past month and a half and have searched over 7,200 homes, looking for standing water and collecting mosquitos to test. Not bad for a staff of 40. But much more help is needed.

Congress did not vote on a bill that would increase funding for this cause before ending it’s last session. President Obama signed a measure that would give the state of Florida $5.2 million in additional funds to help with the battle, and the Health and Human Services Department has been able to move funds from grants to help as well.

“We have no further funds to move around.” says  Human Services Secretary Sylvia Burwell. “The additional funds in that bill are hindering out vaccination efforts.” Secretary Burwell says that she cannot set up vaccination production when the vaccine companies know that the bill and additional funding has not been approved.

Dr. Murthy wanted to clear up some inaccurate information that has been spread in the media. There have been no direct infections with the Zika virus in the continuous United States. There are two cases, one in Broward County and one in Daytona, that are being investigated. The virus is spread by direct contact from an infected mosquito or by sexual contact. 80% of those who have the virus show no symptoms. The symptoms that have been seen are: Fever, rash, joint pain, and red eyes. 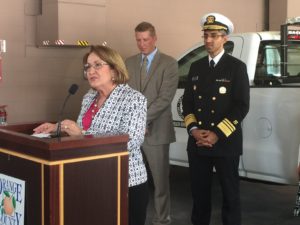 Officials encourage the public to use mosquito repellents, stay in air-conditioned spaces and wear long sleeves and long pants. Pregnant women should not travel to areas that have ongoing transmission of Zika, including 50 countries and territories in the Americas, officials said. The countries are listed on the website cdc.gov/Zika.

500 women who have tested positive for Zika and 12 births that with negative consequences because of the virus.

For more information about the Zika virus, please go to cdc.gov/Zika.

Is pizza really healthier than cereal for breakfast?