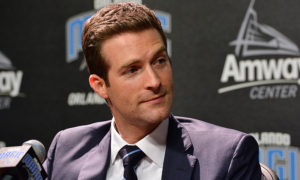 Serge Ibaka, Jodi Meeks, Jeff Green, DJ Augustin, Bismack Biyombo. These are all new faces of the Orlando Magic. Prior to this year’s draft, Magic Rob Bennigan promised that the Magic would be very active in the free agency market.

First, on Draft night, The Magic traded guard and fan-favorite Victor Oladipo, Ersan Ilyasova and the rights to the 11th pick for Serge Ibaka. Fans were upset that Oladipo was sent away, but calmer heads tried to calm things down, sending the message that more was to come. Ibaka was acquired to help strengthen the Magic’s soft interior, which had been exploited all season. Ibaka was a leading shot blocker and has a nice touch from the 3-point range.

The Magic then traded for Jodi Meeks from Detroit for a future 2nd round pick. Meeks 3-point shooting should help the Magic with scoring. 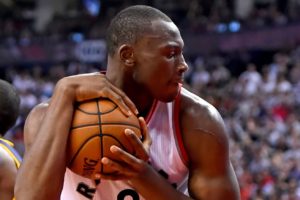 Jeff Green is a grilled veteran who will likely compete with Aaron Gordon for minutes. Ibaka, and Biyombo will certainly have to mix minutes with Nikola Vucecic.

Though the Magic have addressed some needs, they still lack a go-go, clutch scorer that they needed in many games last season. But free agency isn’t up yet…