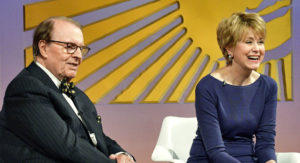 The veteran television personality Jane Pauley will replace Charles Osgood as the anchor of the highly rated CBS show “Sunday Morning.” Mr. Osgood, who is retiring, announced the news on his last show on Sunday. Ms. Pauley’s first day in the role will be Oct. 9, and she will become only the third anchor of the show, which started in 1979.

For Ms. Pauley, 65, a return to the anchor role for a morning television show represents an unexpected late-career comeback. And by selecting her instead of a younger up-and-comer, CBS is clearly trying to ease the transition from Mr. Osgood, 83, whose folksy delivery has been a mainstay on the show for more than two decades. 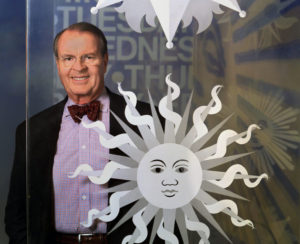 Since he joined the network in 1971, Mr. Osgood had been a reporter and anchor for every broadcast on CBS, according to the network. He took over “Sunday Morning” from Charles Kuralt in 1994. His comforting, almost folksy approach to the news (and trademark bow ties) quickly eliminated any early doubts that he could successfully replace Mr. Kuralt, who had spent 15 years developing the show. With Mr. Osgood in the anchor chair, the program has won three daytime Emmys for outstanding morning program.

In a statement, the president of CBS News, David Rhodes, said, “Charles Osgood is a television news legend — and so is Jane Pauley.”

The transition is an important one for the network. “Sunday Morning” is a powerful ratings machine: It attracts nearly six million viewers and is by far the most-watched Sunday morning news show.