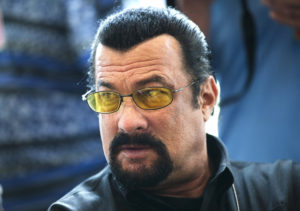 Vladimir Putin has awarded the Russian citizenship to the 64 year old this week.  Steven Seagal who is best known for his action movies have been friends with the Vladimir Putin for many years, in fact Putin has invited Seagal in several matches.  The actor is the second famous American to have been awarded citizenship by Putin.  Former boxing champion Roy Jones Jr. is also a Russian citizen.  It also appears that Steven Seagal has found a new retirement spot.