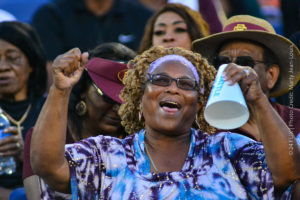 The annual Florida Classic returned to Orlando yesterday with it’s family reunion atmosphere. It wasn’t so friendly on the football field as Bethune Cookman dominated the game, winning by 39-19.

In their 36th meeting in the classic, Bethune Cookman lit up the Florida A&M Rattlers for three touchdowns in the final 15 minutes. All three touchdowns were scored on the ground (two from backup QB Akevious Williams and one from RB Jamaruz Thompkins).

FAMU had a few opportunities to tie the game at 21 near the start of the quarter, but couldn’t take advantage of any of the opportunities the defense forced. B-CU, on the other hand, scored off FAMU’s turnovers. 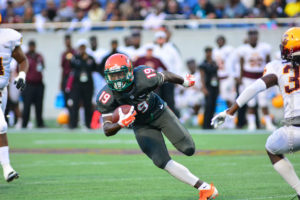 After giving up 21 first-half points, big plays on defense kept the Rattlers in the game throughout the third. Jacques Bryant got his second turnover of the game, recovering a fumble that went into the end zone. Orlando McKinley forced the fumble as a B-CU receiver was going into the end zone. 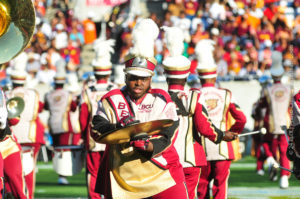 Of course, for many, the highlight was the rival marching bands facing off at half time. Both did not disappoint, with FAMU making the biggest note by doing the popular mannequin challenge towards the end of their show.

As of this year, over 1 million fans have attended the classic in it’s history.