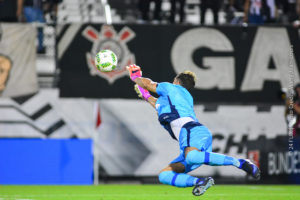 Corinthians will face the winner of Thursday night’s contest between Argentina’s River Plate and Brazil’s Sao Paulo FC on Sunday afternoon in Orlando.

Both sides came out of the gates firing to begin the match. Guilherme Camacho put  Corinthians in the 20th minute, finding space in the middle of the field to easily slide past the defense and slip a shot past goalkeeper Martín Silva to make it a 1-0 game. 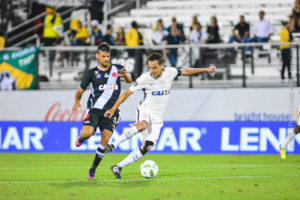 But Vasco da Gama punched right back five minutes later, with Eder Luis scoring one of the best — if not the best — goals of the tournament. After a teammate found him hovering out on the left wing, Luis took one step back towards the center of the field and hit a floater from about 30 yards out, just out of the reach of Corinthians goalkeeper Cassio Ramos, sinking into the top far corner of the goal, leveling things at 1-1.

Corinthians took back the lead just moments before the halftime whistle with another goal from in behind the defense — this one from Jonathan Marlone Azevedo Da Silva. 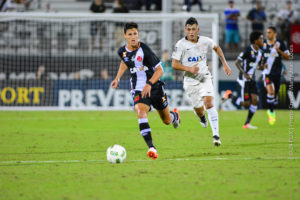 The sides exchanged chances throughout the second half before Corinthians pulled away with two goals in the final 10 minutes from Giovanni Cardoso and Marquinhos Gabriel, as the Brazilian favorites walked away with the easy victory.

Corinthians will see the pitch at Bright House Networks Stadium again on Saturday, when they take on the winner of the second semi-final match between Sao Paulo FC and River Plate. That match will take Thursday night at Al Lang Stadium in St. Petersburg. Meanwhile, Vasco da Gama will face the loser of that match in the third-place game Saturday, prior to the FC Playoff championship.