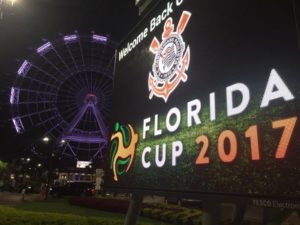 The Florida Cup 2017 continued Wednesday night with Beyer Leverkusen’s Javier “Chicharito” Hernandez scoring the games only goal against Brazil’s Atletico Mineiro to earn it’s second victory of the tournament at the ESPN Wide World of Sports Complex. Chicharito’s second-half finish highlighted a dominant performance by Bayer, who controlled much of the possession and attacking chances.

The first good chance almost fell to Chicharito in the 18th minute when the Mexican international flicked a good header wide to Hakan Calhanoglu. The Turk’s low, driven cross from the left found the feet of Chicharito as he sent the ball back in, but the El Tri striker was crowded out by a pair of Atletico defenders before he could get a shot away 12 yards out.

Bayer finally broke through seven minutes into the second half when Chicharito struck with a near-post header off a cross from the right by Henrichs that left Pedruzzi with no chance from close range. Omer Toprak also went close with a header five minutes later off a corner by Calhanoglu as Leverkusen looked to extend its lead, only to have it saved. 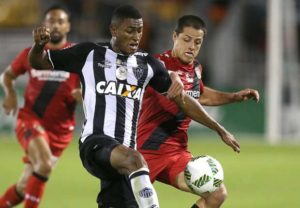 Chicharito forced another save with 19 minutes to go as his low shot was parried to safety by Pedruzzi as Bayer continued to control the game’s flow. Atletico then created an opening as Joao Victor danced past a defender on the right and delivered a teasing cross, but Santana was outmuscled by Toprak at the top of the six-yard area and cleared.

That would prove the only major chance the Brazilians found late on, however, as Bayer was rarely troubled and saw out the victory.