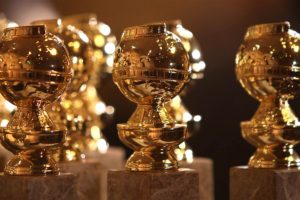 At Sunday night’s 74th annual Golden Globe Awards, Hollywood’s finest gathered to toast the best in TV and film. Hosted by The Tonight Show‘s Jimmy Fallon, replaced professional bad boy Ricky Gervais as host, proved to be full of surprises. The show was still offbeat and noisy enough to keep its reputation as the more fun, more real alternative to the Academy Awards.

There was the briefest film-clip tribute to the late Carrie Fisher and her late mother, Debbie Reynolds which is unusual for the usual fun, night of laughs that usually permeate the Globes. 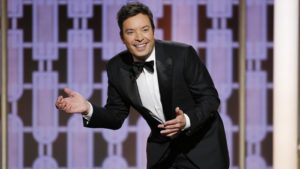 The evening began with a star-studded filmed production number that took off on “La La Land” and ended with Fallon and BFF Justin Timberlake waltzing into the stars;

It was the last big awards show before the Age of Trump, and Fallon took his shots at the President-elect, describing the Globes as “one of the few places left where America still honors the popular vote.” 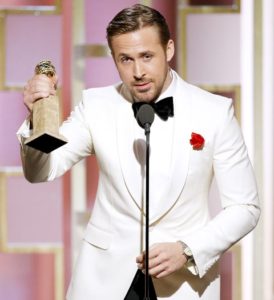 As for the winners, sweeping the movie awards was the critically-acclaimed musical La La Land, which broke the record for most wins by any one film. It won all seven of the categories it was nominated in, including a Best Actor statuette for Ryan Gosling, Best Actress for Emma Stone and Best Director and Best Screenplay for Damian Chazelle.

Other winners in the movie categories were:

Best Actor in a Drama: Casey Affleck, Manchester by the Sea 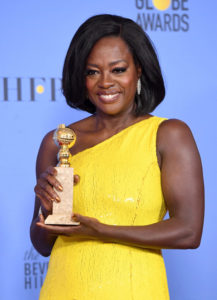 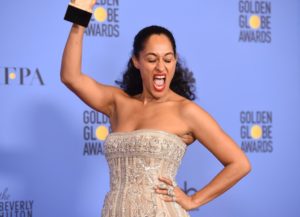 Tracee Ellis Ross won the award for Best Actress, comedy or musical for Black-ish in which she said “This is for all the women, women of color, and colorful people, whose stories, ideas and thoughts are not always considered worthy and valid and important. But I want you to know that I see you. We see you.”

Donald Glover took home the award for Best Actor, comedy or musical for Atlanta as well as Best Performance by an Actor in a Television Series—Musical or Comedy.

“We’re the ones who, kind of, in a weird way, tell a story or a lie to children so they do stuff that we never thought was possible,'” Glover said. “My dad used to tell me every day, ‘You can do anything you want.’ And I remember thinking as a kid in first grade, ‘You’re lying to me.’ But now I do stuff, and he’s like,’‘I didn’t think that was possible.'” 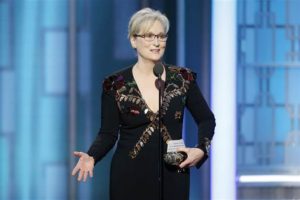 Meryl Streep was given the Cecil B. DeMille Award for lifetime achievement. Streep’s comments aimed towards the current president-elect are now famous. “Hollywood is crawling with outsiders and foreigners, and if you kick us all out, you’ll have nothing to watch except for football and mixed martial arts, which are not arts.” she said “When the powerful use their position to bully others, we all lose.”