I know that here in Orlando, the Orlando Magic fans were looking for at least one ray of light after yet another disappointing season. Magic fans hoped that Aaron Gordon would once again bring light to the franchise by winning the slam dunk contest on NBA All Star Saturday night. Last year, Gordon came in second place after tying winner Zack Levine over and over in the finals (We was robbed!). But this year, Gordon, who pulled out the big guns (a drone dropping the basketball), didn’t make it to the finals and was a disappointment. 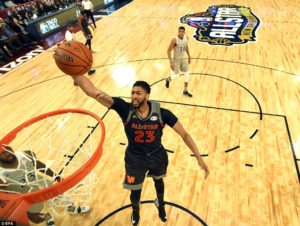 As for the big game, defense was nowhere to be found as the West beat the East 192-182 in what looked like a slam dunk contest from rim to rim as no one was contested as they drove the lane. And it prompted some questions afterward on whether the glorified exhibition really needs to see at least the appearance of defense return. 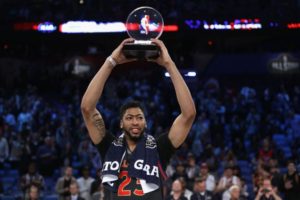 All-Star is about offense and giving the crowd a show, but if they want to see a little more defense as fans and everything — I mean, nobody wants to go out here and get hurt,” said Davis, the game’s MVP in his home arena. “It’s all about fun. … I love it. I don’t really care. I’ll go out there and have fun. I didn’t play any defense.”

There were 33 steals in the game, sure, but most of those were the byproduct of bad passes than picked pockets. There were 16 fouls, mainly ones players were taking to stop the clock and allow substitutions; only four were of the shooting variety. Stephen Curry laid down on the court at one point while Giannis Antetokounmpo was driving in for what became one of his 12 dunks. 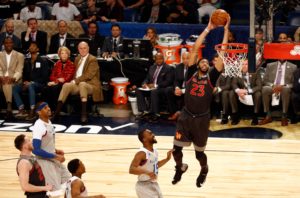 Davis took 39 shots, making 26, both of those now All-Star records. The game also established records for total points (384), most field goals (162), most assists (103), most assists by one team (West with 60), most points in one quarter (101, first) and so on. The East set a rather dubious record, establishing a new high score by a losing team for the third consecutive season.

“I think the biggest thing coming out of the game is that everybody leaves injury-free,” LeBron Jamessaid. “We gave the fans what they wanted to see and everyone left injury-free. Another successful All-Star weekend for myself and everyone.”

East guard Kyrie Irving expects that the game will change.

Like many, he said avoiding injury in the All-Star Game is paramount and that’s certainly understandable. But he also expressed a wish that the games had a bit more of a competitive aspect.

“I think going forward, the All-Star experience will probably get a little harder in terms of defense,” Irving said.