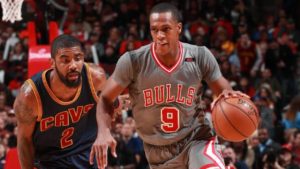 The Cleveland Cavaliers have had a rough past couple of weeks. The last 12 days for the Cleveland Cavaliers65 have included a 2-4 record, an average of 114.8 points allowed and a (brief) fall from first in an Eastern Conference they’ve stood atop for the past few years.

LeBron James said the Cleveland Cavaliers are in a bad spot, and Kyrie Irving indicated the team had a meeting after its 99-93 loss to the Chicago Bulls on Thursday night.

The Cavs have had a habit the past couple of years of letting their foot off of the gas during the regular season, causing a lull in their performance. This usually ends with LeBron whipping up a storm of motivational pushing and the team flips the switch, taking them back to their dominating ways.

This year seems different. Part of the sports world is in a panic. “The Cavs are in trouble!” some of the sports talking heads say. “They are collapsing!”.

The Cavs have been lackluster on defense. They have lost to the Chicago Bulls, got whooped but the Spurs, also dropped games to the Wizards, the Nuggets, the Clippers and more. They seem to be sleepwalking. 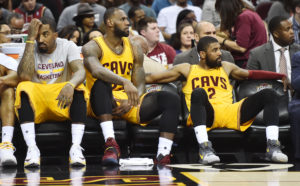 Cavs coach Tyrone Leu says that at times the players look tired. After two seasons in a row with deep playoff runs, as well as last year’s championship, these extra months of play catch up to you.

Lue has tried to rest his players as much as possible, including resting his stars the past two Saturdays, much to the chagrin of fans that paid money to see LeBron and company in full force.

NBA commissioner Adam Silver has called the practice of teams resting marquee players “an extremely significant issue for our league” in a memo sent to team owners.

Silver informed teams that the issue will be a prime topic of discussion at the next NBA board of governors meeting April 6 in New York and warned of ‎”significant penalties” for teams that don’t abide by the league’s standing rules for providing ‎”notice to the league office, their opponent, and the media immediately upon a determination that a player will not participate in a game due to rest.”

But this is about a championship. Teams will do whatever it takes to get to the finals.

As for the Cavaliers, well, let’s see if they can indeed flip that switch.