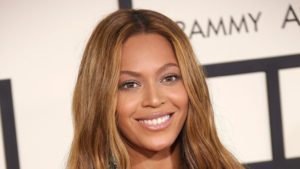 Beyonce posted an announcement on her webpage that she would be funding what she calls Foundation Scholars. Formation Scholars Award will go to a single black woman student at four schools. The schools are Boston’s Berklee College of Music, New York’s Parsons School of Design and two historically black colleges, Howard University in Washington, D.C. and Atlanta’s Spelman College.

The Announcement comes on the anniversary of her album “Lemonade”. 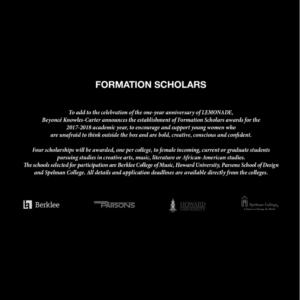 The scholarships are aimed at encouraging and supporting women “who are unafraid to think outside the box and are bold, creative conscious and confident.”

The Foundation Scholarships are good for upcoming school year.