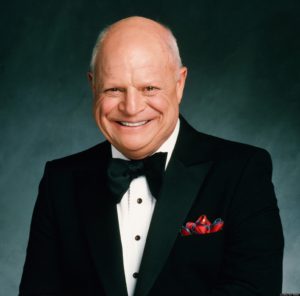 Rickles is survived by his wife of 52 years, Barbara, and his daughter Monday Mann. Rickles would have turned 91 on May 8.

Rickles was an industry mainstay since the early ‘60s, first making a name for himself in the nightclub scene due to his brash sense of humor. He often poked fun at Hollywood greats like Frank Sinatra, earning the title of “the father of insult comedy.”

He rose to fame as a frequent guest on “The Tonight Show” and “The Dean Martin Show” after appearing on a slew of TV programs throughout the decade, including “Get Smart,” “The Munsters,” “The Addams Family” and “Gilligan’s Island.”

“The Tonight Show” host Johnny Carson is largely credited with giving the comedian his nickname, “Mr. Warmth,” which was the title of the 2007 documentary about his career, directed by John Landis.