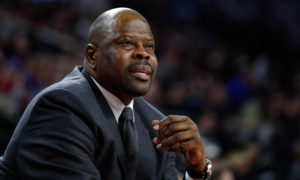 Former Georgetown Hoya and All-American basketball legend Patrick Ewing is returning to his alma-mater as head basketball coach. Ewing has accepted a multiyear contract to return to Georgetown University. The school made the announcement on Monday that Ewing will replace John Thompson III, the son of his college coach John Thompson.

Ewing strong Georgetown teams in the 80’s, helping the Hoyas reach three Final Fours and one national title during his playing career. He was selected No. 1 overall in the 1985 NBA draft by the New York Knicks. 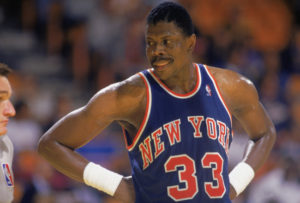 As an NBA player, Ewing made his mark as a New York Knick treasure and legend. The beloved center was selected as one of the 50 Greatest Players in NBA History. He is a two-time inductee into the Basketball Hall of Fame in Springfield, Massachusetts (in 2008 for his individual career, and in 2010 as a member of the 1992 Olympic team.)

Ewing has been an assistant with the Washington Wizards, Houston Rockets, Orlando Magic and currently with the Charlotte Hornets.

“This is a big loss for the Charlotte Hornets, but we are all excited for Patrick to have the opportunity to go back to Georgetown,” Hornets head coach Steve Clifford said in a statement. “Everyone knows how much his alma mater means to him. I’ve had the privilege of working with him for 12 years with three organizations, and I know the effort he has put into coaching. He has attacked this profession with the same mentality he had as a player, with hard work, dedication and a passion for the game of basketball. I’m thrilled that all of Patrick’s hard work has paid off and he has earned the opportunity to be Georgetown’s Head Coach. We wish him the best of luck in the next chapter of his coaching career.”

Patrick Ewing Jr. had been on previous coach John Thompson III’s staff as the Hoyas’ director of basketball operations since August 2015. But the elder Ewing told The Sports Junkies on 106.7 The Fan on Wednesday that school nepotism policies prevent him from keeping his son on as an assistant.

“I wish that that would be the case,” Ewing said. “They have a nepotism clause, and unfortunately they are going to stand by it.”