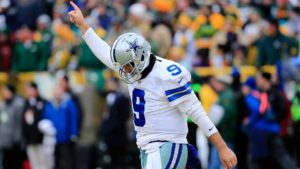 The Dallas Cowboys announced Tuesday that they are releasing Tony Romo at the quarterback’s request. He will retire from the NFL and pursue a career in broadcasting, the statement said.

In the statement, team owner Jerry Jones said, “We wish Tony and his family nothing but the best. As an organization, we did what he asked us to do in terms of his release, and we wanted to do what was ultimately in his best interest and in the best interest of his family.”

Romo confirmed his move to CBS by tweeting a photo of himself in a CBS blazer. 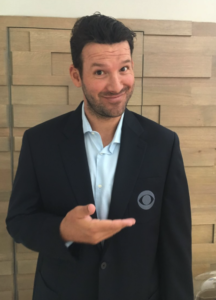 “When you think about the NFL, two of the most iconic brands are the Dallas Cowboys and CBS Sports,” Romo said in a Tuesday news release from CBS. “Going from one legendary team to another as I begin the next phase of my career is a dream come true. I have always known that once my playing career was over I wanted to become a broadcaster. I am ecstatic for the opportunity to work with Jim as I learn the craft and convey to fans my passion for this great game.”

In a conference call with reporters, Romo said that the Texans were the ‘top’ team that he was looking at as he contemplated whether or not to retire this offseason.

“Houston was at the top of the list of teams that I looked at,” Romo said.

The 36-year-old also added that other teams in the NFL were “absolutely interested” in adding him, but the Texans were the only team he mentioned by name.

“I went and studied teams that I thought i would play for and Houston was at the top of the list, and what I found is that there are a couple of things that make them very good,” Romo said, before explaining what he liked about their team. “I think they have some incredibly gifted football players. I think that’s what made it tough.”