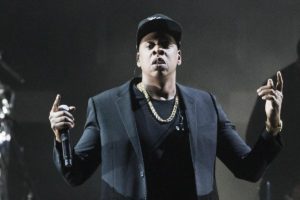 The second highest paid rapper in Hip Hop has just added a pile of money to his bank account.

Jay Z has just signed a 10-year, $200 million touring deal with Live Nation. They will set up and promote the “99 Problems” rapper’s concerts across the globe for the next decade, covering Jay Z until he’s 57. Jay Z and Live Nation have worked together since 2008. The deal covers Jay until he turns 57.

“Over 9 years, we have traveled the world producing historic music experiences,” the rapper said in a statement. “This renewed partnership is a testament to our longstanding relationship and the talented individuals at Live Nation. For the next 10 years, we will continue redefining the live event landscape.”

Jay Z, who’s real name is Sean Carter, is listed with an income of $810 million. That colossal fortune slotted him just shy of the top spot on Forbes’ annual ranking of hip-hop artists, which was released Wednesday. Diddy led all rappers at $820 million.

The rapper has scaled back his live performances in recent years, with his “Magna Carter World Tour” and “On the Run Tour” co-headlined by his wife Beyoncé each wrapping up in 2014.