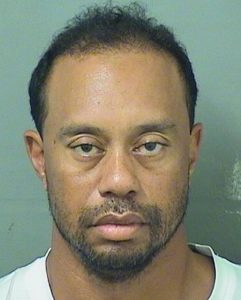 Golf legend Tiger Woods was arrested early Monday morning for driving under the influence in. Woods, a Jupiter Island, Florida resident, was taken into custody at 3 a.m. by the Jupiter police.

Woods recently withdrew from PGA play for another back surgery, and ordeal he has been dealing with for years.