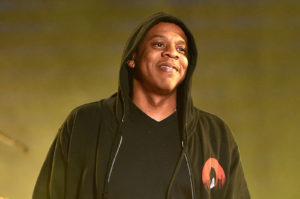 Jay-Z dropped his long-awaited new album, “4.44,” exclusively through TIDAL on Friday. This is first album to drop since 2013’s ‘Magna Carta’. The 10-track project is full of of introspection and newfound maturity, which frequently addresses his emotional shortcomings in his relationship with Beyoncé.

It turns out that “4:44″  is his response to Beyonce’s April 2016 release “Lemonade” in which she hinted of Jay Z long-rumored infidelities and where Jay Z offers his wife an apology.

Jay told iHeartMedia that the title track is the crux of the album, and described it as “one of the best songs I’ve ever written.” It’s certainly the most honest, and in this line, he admits to his philandering ways, before adding that it was the birth of Blue Ivy Carter in 2012 that finally made him change his life.

Hova accepts ridicule in the opening track of “4.44” by referencing Eric Benét. The R&B crooner was once married to Halle Berry until Benet’s alleged infidelity led to their separation.