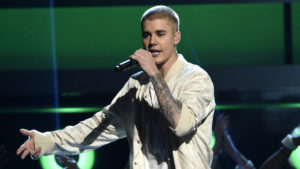 Pop singer Justin Bieber has had a rough week. He announced that he is cancelling the remaining of his ‘Purpose’ world tour this week, disappointing thousands of fans world wide, citing “unforeseen circumstances.”

The singer was expected to finish the North American leg of the tour in September, and then perform a few shows in Asia through mid-October.

He has been on the road promoting his “Purpose” album since March 2016.

“After careful consideration he has decided he will not be performing any further dates. Tickets will be refunded at point of purchase,” according to a statement from his publicist. “Justin loves his fans and hates to disappoint them. He thanks his fans for the incredible experience of the Purpose World Tour over last 18 months. He is grateful and honored to have shared that experience with his cast and crew for over 150 successful shows across 6 continents during this run.”

It was reported recently that he was not welcome to perform in China.

The Bureau of Culture from the country’s capital city of Beijing said in a statement released earlier this week that Bieber, 23, is simply too “controversial.”

Hillsong — a Sydney-based church with churches spanning across 19 countries — is a contemporary church, which is aimed toward people who do not like the conventional ideas of church and religion.

Bieber’s decision seemed to come out of the blue, but our sources say it was squarely based on what Bieber believes is religious enlightenment. Bieber said he canceled due to exhaustion, but that’s simply not true. Plus, his remaining touring schedule was not taxing travel-wise.

The New York Daily News reports that Bieber is adamant his tour cancellation has nothing to do with religion.

The 23-year-old pop star appeared confused when paparazzi asked him if religion was the reason he canceled the rest of his world tour.

“No,” he said repeatedly before confirming the person asking already knew the reason.

We’re also told Bieber’s crew is “incredibly pissed off at him” because it has impacted their financial well-being without any warning. 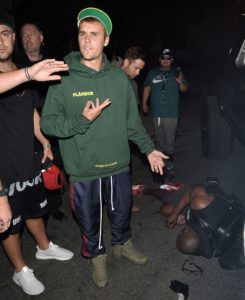 On Tuesday Bieber collided with a photographer who was attempting to snap photos of the singer as he was leaving an event at the Saban Theater on Tuesday night, a representative for the Beverly Hills Police Department told ABC News in a statement.

Police said the photographer was transported to a local hospital with “non-life threatening injuries.”

Bieber cooperated with the investigation and was subsequently released, police said.