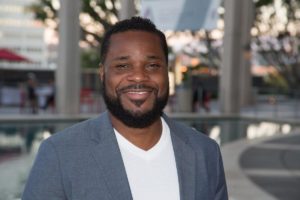 “I am elated over Malcolm’s new child,” says Phynjuar Thomas, a friend of Warner’s whose daughter Michelle Thomas dated the actor and played his girlfriend on “The Cosby Show” from 1988 until 1990. Warner was by Michelle’s side when she died of cancer in 1998 at the age of 30. Phynjuar and Warner have stayed friends.

The New York Post is reporting that the mom is an attorney from Bridgeport, Conn., and that she and Warner are “very much in love.”

There was speculation that Warner would attend Bill Cosby’s sexual assault trial in Philadelphia, which went to the jury for deliberation on Monday, but he was not there. We’re told that in addition to staying busy with work, Warner was bonding with his newborn while that courtroom drama was unfolding.