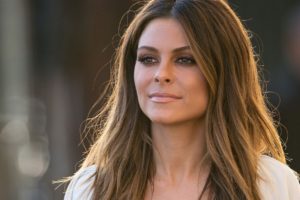 E! News anchor Maria Menoudos revealed this week that she was diagnosed with a brain tumor. The announced on Monday that she was stepping down as the anchor of the show which she has anchored since 2015.

“Our thoughts and support go out to Maria and her family and we wish them all the best knowing that Maria will tackle this with the same fierce dedication she is known for,” said Adam Stotsky, president of E! Entertainment. “We are grateful for Maria’s many contributions to E! over the past three years.”

The TV host told PEOPLE Magazine she discovered her health crisis while caring for her mother, who has stage 4 brain cancer.

“I’d been getting lightheaded on set and having headaches,” she explained. “My speech has gotten slurred and I was having difficulty reading the teleprompter.”

The tumor was golf ball sized and Menounos previously scheduled surgery on June 8 — her 39th birthday. The procedure lasted about seven hours. And while the neurosurgeon was able to remove 99.9 percent of the tumor, which was benign, she was told there’s a six to seven percent chance it will return.