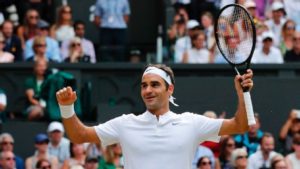 They call him the ‘ageless wonder’. Roger Federer dominated Marin Chilic to win his eighth trophy at The Championships, Wimbledon. Federer, 35, made it past Marin Cilic in the singles finals on Sunday, winning 6-3, 6-1, 6-4.

Federer put the tennis world on notice when he won the Australian Open earlier in 2017, five years after his last Grand Slam win. Then he elected to skip the clay court season, including the French Open, to keep himself fresh and free of injury going into the grass court season. 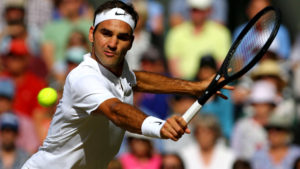 He didn’t drop a single set en route to the Wimbledon final. On his way there, he took down big names like Mischa Zverev, Grigor Dimitrov, Milos Raonic and Tomas Berdych.

With Novac Djokevic withdrawing with elbow pain and Rafael Nadal and home favorite Andy Murray ousted, Federer was the last of the “Big Four” standing.

The women’s singles final saw Garbine Muguruza beat Venus Williams in straight sets for her second Grand Slam title. It was a similar storyline to the men’s final, with many believing Williams was going to lift yet another Wimbledon title late in her career, but Muguruza wasn’t allowing it.

Still, one aging veteran of the sport took home a title, and he did it in style.