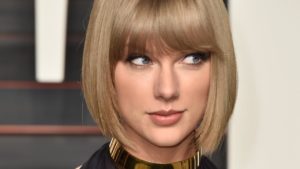 Earlier this week, mega-popstar Taylor Swift went dark in social media. For Swift, this is a sign that new music is coming. Well, sure enough, that’s the case.

Taylor Swift revealed on Wednesday that her sixth studio album will be titled “Reputation,” with its first official single dropping Thursday, Aug. 24.

Swift has been teasing new music with cryptic posts of a slithering snake, presumably poking fun at the emojis that have filled her mentions in the wake of her various celebrity feuds. 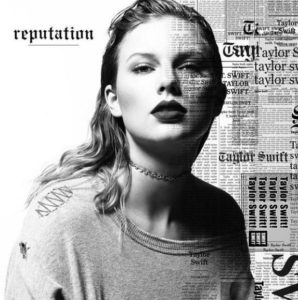 Swift ditched the reptiles, however, on the album’s cover. The singer is front and center in the artwork, sporting a distressed sweatshirt and choker with half of her face covered by a collage of her repeated name, styled like headlines from various publications such as The New York Times.

The new single will be the first track we’ve heard from Swift since she dropped “1989,” which went on to win a Grammy for Album of the Year. 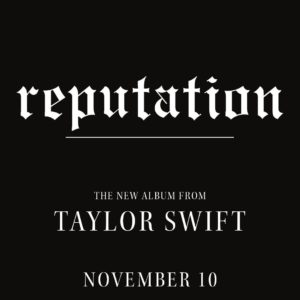 Fans who’ve become amateur snake experts after deciphering her clues all week predictably lost their minds on social media when Swift broke the news, one fan even posting ” I AM GETTING REPUTATION TATTOOED ON MY FACE” in twitter.