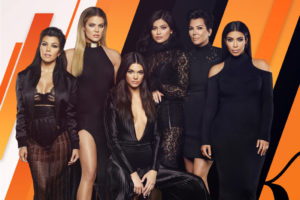 Kris Jenner, the female mastermind behind the Kardashian TV empire, has done it again.

Get ready for more Kardashians on your TV screen. The family has agreed to re-sign with the E! network — for a whopping $150 million.

On Tuesday that Kris Jenner and the rest of the gang inked a deal recently that would extend “Keeping Up with the Kardashians” for another five seasons.

The agreement, which is the largest in reality TV history, means the Kardashians will continue filming until at least 2019.

The family is receiving a bump in pay compared to the contract they signed in 2015 for $100 million.

In addition to the added seasons, the clan is being paid for TV specials and promotions related to “KUWTK.”

Sources said the Kardashians would be splitting the money from the deal among themselves, though it’s unclear how.

As for Kris, she will get a nice $15 million for her services as mom-ager in the deal.