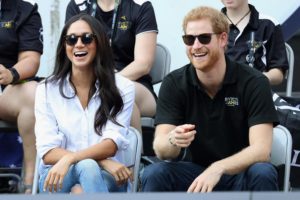 Britain’s royal palace announced on Monday morning that Prince Harry is to marry the American actress Meghan Markle in the Spring 2018, ending days of feverish speculation over when their engagement would be revealed.

The 33-year-old ginger-beard prince is the fifth in line to the throne. The 36-year-old Markle is a well-regarded actress who was born and raised in California.

The couple will live at Nottingham Cottage at Kensington Palace in London. The announcement said the couple had become engaged earlier this month in London.

In the statement, Prince Harry said he was delighted and had received the blessing of Markle’s parents.