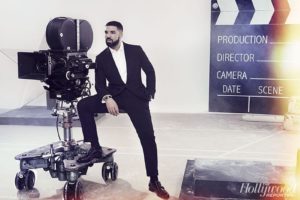 The Toronto Film Festival offers a full-circle moment for Aubrey Drake Graham, who grew up in Toronto in the ethnically diverse West End neighborhood. Drake and manager and business partner Adel “Future” Nur, 32 (not to be confused with Future, the Atlanta-born rapper) are in their hometown of Toronto on this brisk September afternoon to debut their first movie as producers, The Carter Effect, a documentary about high-flying NBA star Vince Carter, which is premiering at the Festival.

Drake is eager to talk about his ambitious push into film and TV, which includes teaming with Netflix to revive the critically acclaimed but short-lived British crime series Top Boy(think an across-the-pond version of The Wire). Drake’s team is partnering with LeBon James’ SpringHill Entertainment to executive produce the series, which will go into production early next year for a 2019 debut.

The pair also is shopping the Sean Menard-helmed Carter Effect, which also may land at Netflix. But the biggest indicator of Drake’s big Hollywood push is whom he is partnering with next: Steve Golin, who runs Anonymous Content (one of Hollywood’s hottest production houses and home of Spotlight and Mr. Robot), for an untitled TV series; film studio A24; and, perhaps most significantly, Apple, which has given him the go-ahead to produce whatever he chooses — at least, according to Drake and Future — just as the cash-flush titan is poised to shake up the content space. 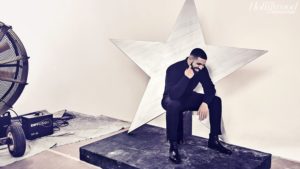 At just 31, Drake already is one of the best-selling artists of all time. His most recently released album, More Life, set the record for most first-day streams with 90 million globally. His 2016 collection, Views, held the No. 1 spot on the Billboard 200 for 10 consecutive weeks and notched more than 500 million overall streams.

“They’re really geniuses with the marketing of their music,” says Golin. “Their social media, the way they do all that, that’s very interesting to us. I’m kind of enamored of the way that they communicate and interact with their fans and their audience.” He also just finds them pleasant to be around. “There’s a lot of vain musicians at that age who are successful that I can’t deal with, but those guys are very accessible. Drake doesn’t mind when it comes to meetings and being involved; he wants to be proactive.”

Still, cautionary tales abound. Jay Z made a similar foray into Hollywood last year, but he bet on the wrong horse by aligning with (even then) financially troubled The Weinstein Co. on projects including In the Heights, Richard Pryor: Is It Something I Said and an untitled Trayvon Martin film. Given Harvey Weinstein’s pariah status, those projects remain in doubt. Ironically, Weinstein chased Drake to star in and produce a film called The Heist, but Drake rebuffed the overtures long before the mogul faced dozens of sexual harassment and assault claims. “I vetted him with five people and got bad feedback about working with him,” Future says simply.

The fact that Drake and Future already are deep in business with Apple bodes well for their content plans — be it film, TV or digital. All industry eyes currently are on Apple, with its billions of dollars to spend on original programming, and how it will disrupt Hollywood. How exactly Drake and Future fit into Apple’s plan remains a mystery, but the tech giant will simply support whatever they want to do (though Iovine and Kondrk would not be the executives the pair would be collaborating with on any potential film, TV or digital projects).