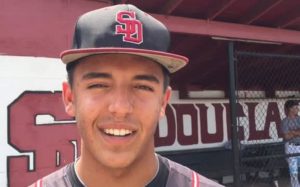 When the exhibition season begins Friday, Major League Baseball will honor the victims of last week’s school shooting in Parkland, Fla., by having teams wear caps with the logo of Marjory Stoneman Douglas High School.

The league’s official cap company, New Era, will make the special caps for Friday’s games in Florida and Arizona for all players, coaches and umpires.

All 30 teams will be participating by wearing the caps before their games on Friday. (The Kansas City Royals and Texas Rangers don’t have a game scheduled on Friday, so they’ll wear the caps on Saturday.) MLB has given each team the option to wear them during the game as well.