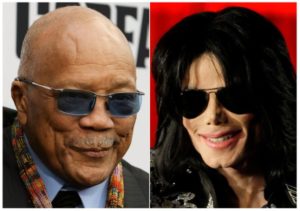 The case, in which Jones and the Jackson estate are fighting over the producer’s claims to millions in royalties, hit a roadblock after the California Court of Appeal reversed a $9.4 million judgment in Jones’ favor.

The court ruled that the trial judge in the case erred in allowing the 2017 trial jury to decide things the judge should have decided – namely contract interpretation.

That led to the jurors accepting Jones’ argument he was entitled to more than the standard 10% producing fee called for in his contracts with the Jackson estate for his work on projects produced after Jackson’s death in 2009, including remixes of hit songs as well as the licensing of masters for the “This Is It” documentary.

The court erased most of the jury’s award to Jones – a total of $9.4 million – and sent the case back to the trial court to amend the judgment accordingly.

“Interpretation of the Producer Agreements was solely a judicial function, yet the trial

court allowed the jury to perform that function and ultimately misinterpret the relevant terms,” the appeals court ruled. “The (agreements) provided Jones with nothing more than a right to receive payments correlating to a 10% basic royalty rate.”

The court left in place $2.6 million awarded to Jones for unpaid license fees from “This Is It,” plus other fees and interest.

Lawyers for the Jackson estate celebrated the ruling as a total victory.

“Quincy Jones was the last person we thought would try to take advantage of Michael Jackson by filing a lawsuit (four) years after he died asking for tens of millions of dollars he wasn’t entitled to,” said estate lawyer Howard Weitzman in a statement.

“We knew the verdict was wrong when we heard it, and the court of appeal has completely vindicated us. From the beginning this was an attempt to take advantage of Michael knowing he wasn’t here to defend himself.”

John Branca, co-executor of the estate, lamented the number of people who have tried to “mischaracterize” Jackson since his death.

“It’s gratifying that in this case the court in an overwhelmingly favorable and just decision, recognizes that Michael Jackson was both an enormous talent and an extremely fair business executive,” Branca said in a statement.

Jones, 87, originally sought $30 million from the estate when he filed his lawsuit in 2013. After the jury ruled, the Jackson estate appealed, and Jones cross-appealed seeking even more money. His lawyers argued he was the victim of “financial elder abuse” and sought attorney fees under state laws. The appeals court rejected that.

“Jones has not demonstrated that the trial court should have granted him leave to amend his pleading … (to declare) that he proved financial elder abuse,” the court said.

Jackson was 50 when he died of an accidental drug overdose, leaving behind an estate in financial shambles. Its value has since been rebuilt, but estate executors and lawyers have been fighting various legal claims at the same time.

The most toxic allegations come from two former child acolytes of Jackson who are suing the estate seeking millions, claiming in the film “Leaving Neverland” that Jackson molested them for years when they were children and the estate should have done something to stop it. (Their lawsuit is pending.)

These allegations have never been proven in any court; Jackson was acquitted of similar criminal charges in Santa Barbara County in 2005.