The Orlando City Soccer Club heads it’s annual media day recently, and one word was repeated, no matter who you talked to: “Playoffs.” The Lions came painfully close in their inaugural MLS season and they still feel the pain coming short. 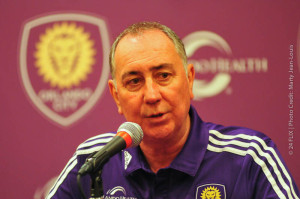 Team founder and president Phil Rawlins spoke about adding depth on the offseason to make the team a stronger contender for the playoffs. He also talked up the team’s drive to “Fill the Bowl” on the team’s opener on March 6th vs Real Salt Lake. We was pleased to announce that at the last count, 43,000 seats were filled and expressed his excitement that they should reach goal of 65,000 tickets sold. Click here for video 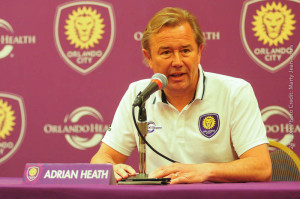 Lion’s Head Coach expressed his view that the team is further along this year in pre-season training than last year, and the fact that they have a season under their belt, and know about the travel and the schedule and the rigors of an MLS season, they are better prepared for a successful season this year. Heath also echoed the drive for the playoffs. He talked about the teams self inflicted wounds that held them back this season, including some Red cards that only hurt the team’s chances towards the end of the season. Click here for video. 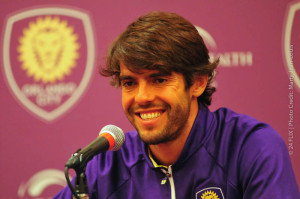 Kaka spoke on how having a year under his belt here has made things easier as well. He now knows life here in America and the level of play in the MLS. He will be positioned further forward, closer to Cyle Larin and hopefully increase scoring. Click here for video. 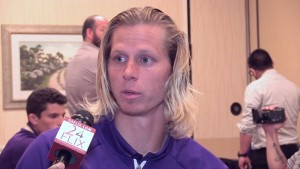 The recurring theme from the players that we spoke to was “Playoffs, we want to get to the playoffs.” They are fit, healthy, and ready to go. Click for video here.

Orlando City kicks of this year’s campaign with a match vs Real Salt Lake on Sunday March 6th, 11am at the Citrus Bowl.