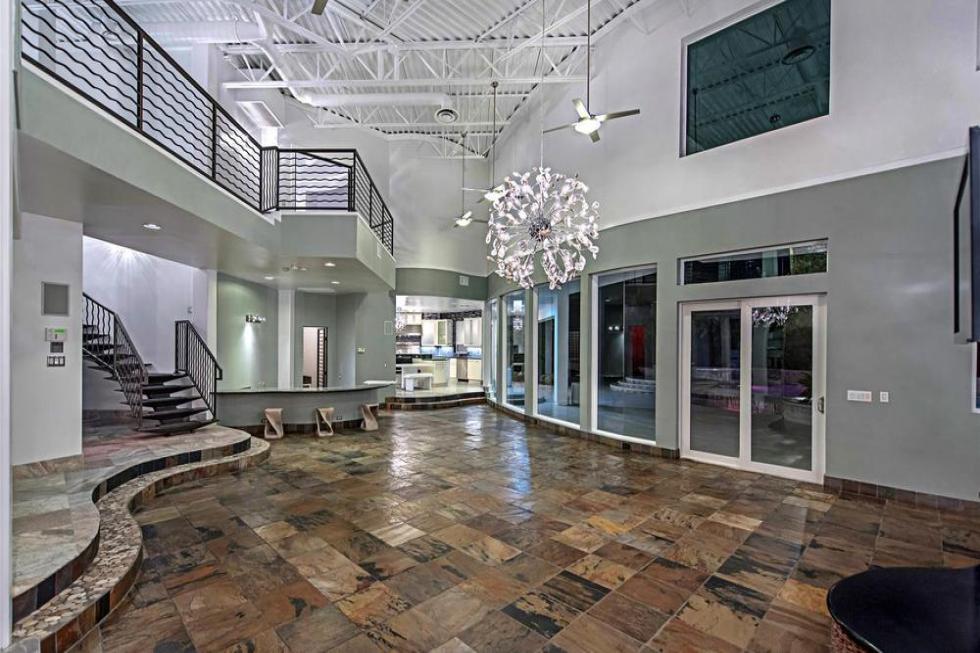 Former world heavyweight champion Mike Tyson has made his home in the wealthy Las Vegas bedroom community of Henderson, Nevada since 2008. Retired from boxing in 2006, Mike holds a career record of 50 wins, including 44 knockouts, in 58 career bouts. Tyson traveled a long rough road from troubled Brooklyn street kid orphaned at age 16 to a brilliant boxing career and later controversy about his outrageous conduct in his personal life and in the ring. Loved by much of the media and millions of fans, Tyson has performed as an actor in “The Hangover,” a comedian and singer on late-night television, best-selling author, a one-man Broadway show and a video game character.

He has recently purchased another larger home in Henderson and has placed his current house on the market. Only 16 miles from downtown Las Vegas, Henderson is a good location for the changed Baddest Man on the Planet – a quiet, upscale family life and raising children away from the Vegas glitz and glitter. Henderson is near the top of the FBI safest cities to live in the United States, making it attractive to celebrities and Las Vegas gambling executives.

Now for sale, Tyson’s 5,800-square-foot contemporary home on a third acre has five bedrooms, six bathrooms and three fireplaces. The two-story house is industrially styled with skybridges, open ductwork and vaulted ceilings with materials of marble, wood, steel and slate. Outside is a pool with waterfall and two spas. Iron Mike’s Las Vegas area home is for sale priced at $1.5 million.