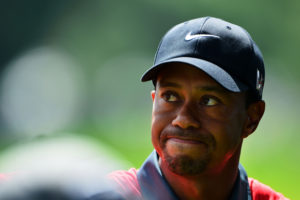 Tiger woods withdrew from competing at the PGA championship this year and will forgo the rest of the 2015/16 golf season. This is the first time in his career that he has missed 4 straight major golf tournaments. Woods, is still nursing back injuries, and is recovering from two back surgeries. He sent word of his status in an email to Golfchannel.com.

Woods’ agent, Mark Steinberg, said: “Continuing to make progress, but simply not ready for PGA. Will not play in the ’15/’16 season and will continue to rehab and work hard to then assess when he starts play for the ’16/’17 season.”

When he last spoke publicly, on June 22, he said that he was getting stronger but needed to get in “more golf shape.”

Before his memorial tournament, he attempted three shots across a pond onto a green on the other side and disappointingly couldn’t clear the water.