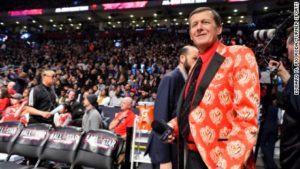 Longtime Turner Sports broadcaster Craig Sager has died at the age of 65, the network confirmed in a statement.

“Craig Sager was a beloved member of the Turner family for more than three decades and he has been a true inspiration to all of us,” Turner president David Levy said in a statement. “There will never be another Craig Sager. His incredible talent, tireless work ethic and commitment to his craft took him all over the world covering sports.

“While he will be remembered fondly for his colorful attire and the TNT sideline interviews he conducted with NBA coaches and players, it’s the determination, grace and will to live he displayed during his battle with cancer that will be his lasting impact. Our thoughts and prayers are with Craig’s wife, Stacy, and the entire Sager family during this difficult time. We will forever be Sager Strong.” 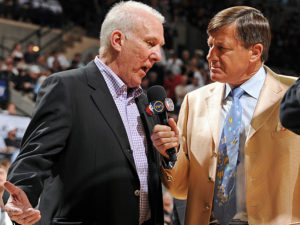 Sager became a signature on the TNT NBA broadcast sideline with his colorful jackets, going through just about every color in the pastel rainbow and extending his collection to plaids and colorful patterns. Sager was known for more for his digging interviews and he became a beloved fixture to NBA players and fans.

Sager battled acute myeloid leukemia since he was first diagnosed in 2014.

Sager was admitted back into the hospital in late November 2016.

In a statement, NBA commissioner Adam Silver said teams will observe a moment of silence in Sager’s memory. 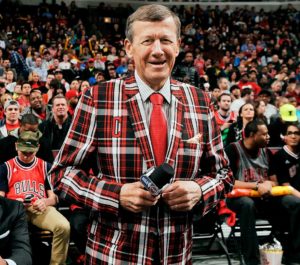 “I — along with the entire NBA family — am deeply saddened by the passing of Craig Sager,” Silver said. “Craig was as vital to the NBA as the players and coaches. A true original and an essential voice on Turner Sports’ NBA coverage for 26 seasons, Craig chronicled some of the most memorable moments in league history and was a ubiquitous presence with his splashy suits and equally colorful personality.

“Craig earned widespread respect for his insightful reporting and inspired so many, most recently with his courage. Our hearts go out to his wife, Stacy; his children, Kacy, Craig Jr., Krista, Riley and Ryan; and his friends and colleagues.” 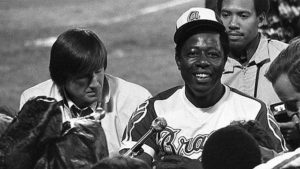 Sager is also famous for running the bases with home run king Henry Aaron after he broke Babe Ruth’s home run record, getting the first interview with the hall of famer.

Shortly after that, ESPN presented Sager with the Jimmy V Perseverance Award at the 2016 ESPYS.

“Whatever I might’ve imagined a terminal diagnosis would do to my spirit,” Sager said when receiving the award, “it’s summoned quite the opposite — the greatest appreciation for life itself. 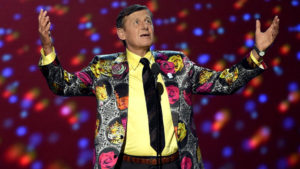