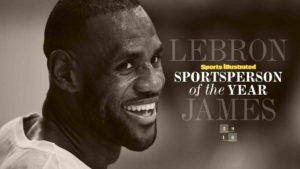 Nearly six months after fulfilling his promise by delivering a championship to the city of Cleveland, Cavaliers superstar LeBron James was named Sports Illustrated’s Sportsperson of the Year on Wednesday.

He joins Tiger Woods as the only two-time recipients of the honor. James also won the award in 2012 after winning his first NBA title with the Miami Heat. 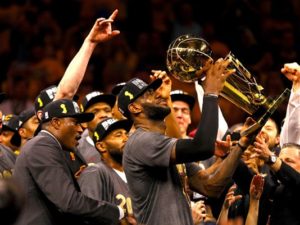 “He is, however, the only athlete who did those things to gain more than a ring. In putting the Cavaliers on his back in the NBA Finals he also fulfilled a promise to his home city and to an entire region. He was following through on that heartfelt, but risky, vow he made three summers ago when he returned home after four successful years in Miami.”