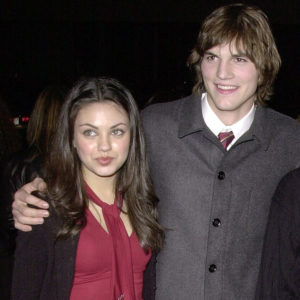 Mila Kunis has given birth to a son with husband Ashton Kutcher, a rep confirmed to the New York
Daily News.

The off-screen couple got engaged in February 2014 and tied the knot the following July on a ranch outside of Los Angeles.

They started dating in 2012 after Ashton split from Demi Moore.

Kunis and Kutcher have not yet revealed their new baby’s name.