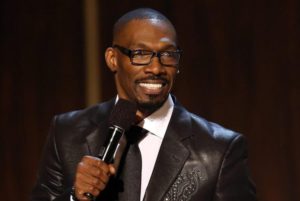 Comedian Charlie Murphy passed away today according to publicist Domenick Nati. Murphy was 57. The Cause of death is said to be Leukemia.

Murphy became a household name as a part of Dave Chapelle Show. The skit driven show capitalized on Murphy’s amazing story telling by creating re-incatments of his stories.

The comedian’s Twitter account sent a final note on Tuesday evening that read: “One to Sleep On: Release the past to rest as deeply as possible.” 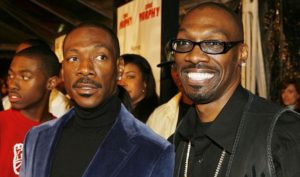 The actor and comedian was on record as saying he was a hothead when he worked as a bodyguard for his brother. He said he loved Eddie so much, and thought he was so funny, that he would pick fights with people who did not laugh at his brother’s jokes when he performed.

Fans will remember his “Charlie Murphy’s True Hollywood Stories” skit about his interactions with Rick James, coining the phrase “I’m Rick James, B&%ch!” after James (Played by Dave Chapelle) would slap Murphy. Another classic is the re-inactment of an encounter with Charlie and Eddie Murphy’s click with Prince. Murphy relayed that Prince challenged them to a game of basketball. After Prince’s team beat them badly, he served them pancakes.

“We just lost one of the funniest most real brothers of all time . Charlie Murphy RIP,” Chris Rock wrote on Twitter. Mogul Russell Simmons tweeted: “Just came out of meditation and learned that one of my friends and my biggest comedy idol passed. Damn I loved Charlie Murphy.”