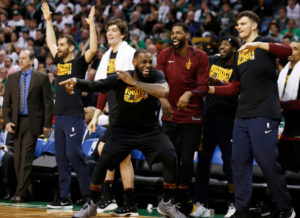 The new look Cleveland Cavaliers had their season debut this week and no one knew what to expect. The Cavalier’s GM Kobe Altman addressed the dysfunctional and underperforming Eastern Conference champions by overhauling it’s (literally) old roster.

In the span of a little more than an hour, the Cavs traded six players and a first-round pick to four teams in three separate deals for four new players. When the dust settled, the Cavaliers added George Hill, Rodney Hood, Jordan Clarkson, and Larry Nance Jr. in exchange for Isaiah Thomas, Jae Crowder, Channing Frye, Dwyane Wade, Iman Shumpert, Derrick Rose, and their own 2018 first-round pick.

The New look Cav’s made their debut in a nationwide broadcast game against the Boston Celtics in Boston. Oh, and it was also Paul Pierce Day, where the former Celtic great’s number was retired. 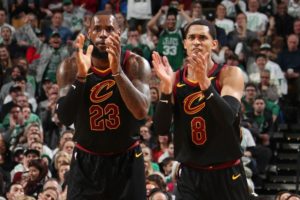 The Cavaliers dominated the Celtics, blowing them out 121-99. The Cavs looked younger, sharper, and much tougher on defense. Most importantly, LeBron James looked immediately comfortable with his new supporting cast. It was only one game, but since we already declared the Cavaliers the favorites in the East again after their trade deadline moves, this space is open for overreactions.

“At the end of the day, I just like being around guys who want to play and work hard,” said James 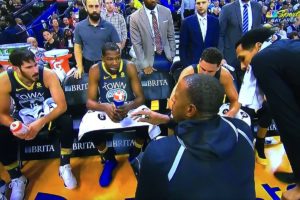 Warriors Coach has been public about his frustration with his teams lackluster play lately. The team is mentally and physically tired after so many years making it to the NBA finals. He needed to get them to focus and have the right tenacity for each game.

Last night against the Phoenix Suns, Kerr made a radical move to try to get their attention.The former NBA Coach of the Year decided before tipoff against the Phoenix Suns that his players would handle coaching duties. They did just that, right down to giving instructions and diagramming plays during timeouts in a 123-89 Warriors victory.

Warriors veteran forward David West took over one huddle and spoke passionately on the bench. Then, Warriors forward Draymond Green did the same thing. So did Curry, who nearly drew a delay-of-game warning for taking too long in a timeout to open the second half.

“I was horrible,” Curry said. “I thought about a play. Then I forgot about the second option. Then I had two guys in the wrong place on the board.” 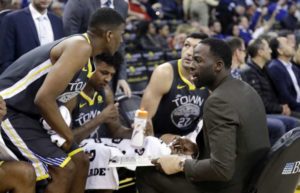 It seemed fitting since Green was already dressed in a suit since he sat out with a sprained left index finger. Green talked with the team during one timeout with West and McGee as his de-facto assistants. …

Green started calling plays from the sidelines. Green also stood up during the game and applauded his teammates when they made a shot.

Phoenix guard Troy Daniels was not pleased with what he deemed a disrespectful move by Kerr.

“It’s disrespectful,” Daniels said. “I don’t think it’s hard to coach those guys, though. So I think anybody can do it.”

Kerr, however, insisted that his forgoing game-night duties was about sending a message to his own players, not the Suns.

“I told [Suns interim coach] Jay [Triano] that people may make a big deal of it and it had nothing to do with being disrespectful,” Kerr told the Republic. “It had everything to do with me trying to reach my team. I haven’t been able to reach them the last month. They are tired of my voice and I”m tired of my voice. It’s been a long haul these last few years. I wasn’t reaching them and we just figured it was probably a good night to pull a trick out of the hat and do something different.”