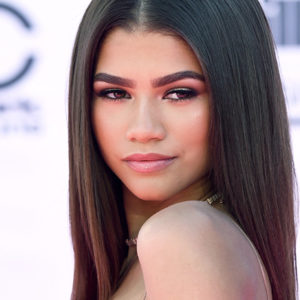 Zendaya might be high-flying with Zac Efron on the big screen nowadays, but she hasn’t forgotten where she came from: the Disney Channel.

The singer and actress recently wrapped up a three-season run on network TV for her spy series, “K.C. Undercover,” which helped solidify her as one of the all-time Disney Channel greats. While there’s no doubt the 21-year-old is moving on to bigger and better things, she has every intention of creating space for those coming up behind her.

“I definitely want to maybe produce another show with Disney Channel, maybe develop something or create more stories that I think are powerful roles — especially for women and women of color,” Zendaya told Entertainment Weekly. “So, I think it’s important that young people see themselves on the screen and are able to relate to that.”

As a producer on “K.C. Undercover,” Zendaya actually retooled her character in the development stages to have a more empowering bent.

After nixing the show’s “whack” original title, “Super Awesome Katy,” she also demanded that the show feature a family of color and that her character’s talent not be singing or dancing, like the characters of past Disney starlets.

“The No. 1 thing for this show all along was empowerment — especially female empowerment,” she told Entertainment Weekly. “I wanted to make sure that there was a strong female character, and I think it’s cool that young women and young men can both look up and say, ‘Wow, I want to be like this girl.’ If you love something and you’re excited, there should be nothing holding you back from doing that.”

Zendaya essentially live-streamed her reactions to the last episode of the series, uploading videos of herself watching the finale on social media. She also shared a heartfelt post on Instagram thanking her followers for “continuing to grow with me.”