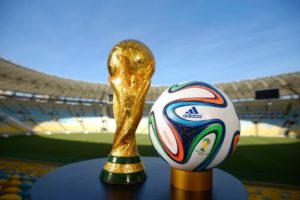 So, if you’ve been following, The 2018 World Cup is full of dramatic endings and surprising losses. Big names gone, powerhouses eliminated, and surprising endings. It’s been a wild ride so far.

The Big Boys are Gone!

A lot of soccer’s international superstars have been knocked off of the pitch are out of the tournament. Lionel Messi and Argentina are out in a 2-1 stunner to France. Cristiano Ronaldo and Portugal are also gone after losing 2-1 to Uruguay on Saturday. Germany, 2014 World Cup Champions didn’t make it out of the opening round. And now, further into the round of 16, Spain (losing 1-1 to Russia with PK’s) and Mexico (knocked out by Neymar and Brazil 2-0) are out, and today Columbia will also be out of the net round (losing 1-1 to England on PK’s also).

This year’s cup has been anything but predictable. Maybe except for Brazil, who took out Mexico 2-0 in the round of 16. The mighty Namer is receiving criticism for some obvious over acting. Neymar da Silva Santos Júnior, was sitting down on the field when Mexico player Miguel Layun accidentally stepped on his ankle.

Neymar’s reaction turned heads. He immediately grabbed his ankle and began screaming in agony, rolling around and flapping his arms back and forth. Fans immediately captured the moment and shared it on social media. Commentary was that he was an “embarrassment to soccer”.

“I don’t much care for criticism,” Neymar said, “not even for praise.”

Neymar had put his team ahead early in the second half, sliding home and from close range after a fine cross from Willian. At the end, he would be the provider, helping to set up Roberto Firmino for the goal that sealed a quarterfinal spot.

He extended his platform to show the world he is as good — or better — than Cristiano Ronaldo and Lionel Messi.

Japan bowed out of the World Cup in the Round of 16 in heartbreaking fashion on Monday, but that didn’t stop the Japanese fans and players from showing profound respect for the event’s host country, Russia.

Following a devastating 3-2 loss to Belgium — where Japan took a 2-0 lead in the second half before losing in stoppage time — the Japanese players made sure to leave their dressing room at Rostov Arena completely spotless. And while the players and staff cleaned the team dressing room, the Japanese fans made sure to do the same in the stands — just as they have after every other match throughout the tournament.

So as we move on the the quarter finals, it’s anyone’s guess who will take the trophy. It will definitely be interesting to watch. Quarterfinal Matches start again on Friday July 6 at 10 am with Uruguay vs France and Brazil vs Belgium at 2 pm. On Saturday Sweden Faces England at 10 am while Croatia and Russia square off at 2 pm.